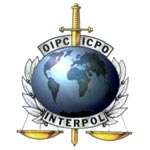 LYON, France – INTERPOL can confirm that its National Central Bureau (NCB) in Tunis has issued a global alert via INTERPOL's international network to seek the location and arrest of former Tunisian President Zine al-Abidine Ben Ali and six of his relatives.

As stated by Tunisian authorities in media reports today, Mr Ben Ali and some of his family members are wanted in Tunisia on charges of alleged property theft and the illegal transfer of foreign currency.

The alert, known as an INTERPOL diffusion, contains the names and other data of wanted individuals. It was sent directly by NCB Tunis via INTERPOL's I-24/7 secure police communications network to all other 187 member countries. Unlike INTERPOL's Red Notices for internationally-wanted persons, which are issued at the request of member countries by INTERPOL’s General Secretariat headquarters in Lyon, a diffusion is sent directly by an INTERPOL NCB without the involvement of the General Secretariat.

In its diffusion, NCB Tunis requests INTERPOL member countries to search, locate and provisionally arrest Mr Ali and his relatives with a view to their extradition to Tunis. If and when the individuals are located, Tunisian authorities will forward any formal request for extradition via diplomatic channels.

INTERPOL does not send officials to carry out arrests; these are made by national law enforcement officials in line with their national laws.

Any further enquiries relating to Tunisia’s diffusion for the seven individuals and to their wanted status should be directed to the Tunisian authorities.